Me: Who do you have lined up to speak at Montreal Meets 2012?

François: I can’t really talk right now but I can confirm there will be 4 speakers instead of 2 speakers like the first Montreal Meets. It will be a greater opportunity for people to meet and connect with the visionaries of our design community from all around the globe.

Me: When will Montreal Meets 2012 take place?

François: There’s no confirmed date yet but it’s going to be happening on next March 2012. The cold will be long gone, it’s more appropriate! So mark your calendars!

Me: What did you learn from organizing the first Montreal Meets event? Has it been easier to organize it the second time?

François: I’ve learned a lot from the first Montreal Meets and also from my mistakes. For the second one I’ll be taking the Montreal Meets to the next level. It will be a bigger event for sure but I’ll keep the original concept. I think it’s important to feel connected with the speakers.

Me: Will you be making any changes or additions to the event this time around? If so what are they?

François: I’ll completely change the location for next time, I can’t really talk about it now but I’ll make an announcement in the right moment. All I can say is that I’ll have also a big design contest and the rest; it’s a surprise!

Me: Will there be a live stream available for Montreal Meets 2012?

François: Yes! I think we really setup the bar with the streaming, It’s definitely something to do again for sure. I’ll make some new arrangements to have a better setup and also I’ll need my stream team! Haha!

Me: Is there going to be room for more people to get into the event?

François: The capacity of the new room will be for about 300 people so there’s enough place for everybody I guess.

Me: Will Montreal Meets 2012 be free to attend like the first one was?

François: Yes of course! It will be a free event, I think it’s essential to support the community by making events welcomed for everybody.

Me: What was your favorite part about the first Montreal Meets event?

François: I think the whole experience. To be able to meet two of the best designers has been quite overwhelming. A lifetime experience! I was also surrounded by a great team of volunteers that helped me to achieve my goal and didn’t even asked anything in return. Every seconds of preparation until the unveil of the first Montreal Meets was absolutely amazing. I can’t wait to do it again!

Me: How has the first Montreal Meets changed your outlook on the design community?

François: It changed my outlook in a way that I’ve never seen before. I must admit that we have a great community but few of us wants to make a difference. It showed me that our community has a lot to offer but nobody wants to take the first step. This is one of the goals of Montreal Meets, to make people see and meet those who are making a difference and inspire them to do the same.

After you read the interview head on over to Signalnoise to check out the Montreal Meets 2011 recap video. 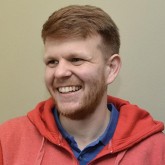